It's time to make a difference!

All, We have the right to a better life.

of happiness, love, guidance, and understanding. Their physical and mental development, require specific care and attention in regards to the trauma that they have been through.

But social indicators show a decline in the social and economic welfare of vulnerable youth and women... Picture

There is a low life expectancy among the whole population affected by war.

There is also an increase in the number of street kids due to poverty and poor health conditions because resulting from poor social situations in the local communities.

Once we secure the funds for the vulnerable people in the local communities, this project will be a permanent model project for other parts of DR Congo especially the Eastern part which has been the source of most of the tribal and political conflicts that have been the cause of many people losing their homes, land and become destitute.

In addition to this, the project will be sustained in the following ways; Accessing funds from donors, Initiating micro-projects, the contribution from project beneficiaries and Community Participation.

The project plan TOMKATA its to reach over 3000 vulnerable women and young people, victim of different conflict (War) from the DR Congo.

Through this program, the objective majorly includes for the re-establishment of lives of victims of various wars in DR Congo,

the homeless, distressed and vulnerable women in providing to them the immediate basic needs and other timely needs of families. E.g, Nurturing sick and malnourished children for a better life and keep them well and strong.

WithTomakata -Project, the vulnerable women should be able to care for their family 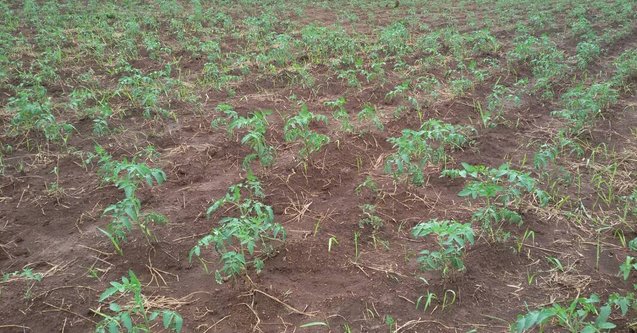 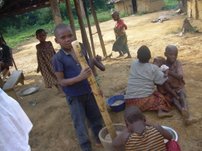 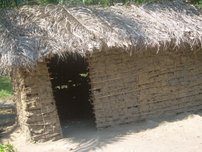 As we recognize that the women occupies a very unique and privileged position in the DR Congo society. Therefore it becomes very vital to give them assistance so that they can achieve the full harmonious development of their personality and potential.

The vulnerable women should be able to care for their family in an atmosphere of happiness, guidance, and care. This harmonious combination helps them to attain economic freedom. This helps them to retrieve respect and value in the society - that puts them in the unique and privileged position. 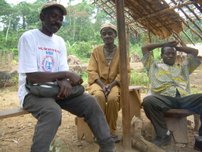 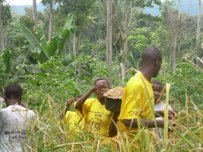 We envision a world where the foundations of a life with dignity are accessible to all. Where the poorest, vulnerable and the excluded can influence the decisions that affect them.

Where each person is free to flourish and can live in peace and joy.

We collect and send differents items to our contacts in DR Congo to distribute among people in need.

To donate to our work please transfer funds to: (Jyske Bank Denmark)